Why The Pay Gap for Women Doctors Hurts More Than Women 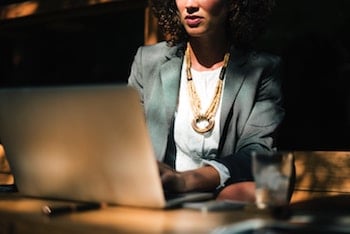 Things have certainly changed since then, in some ways for better and in some ways, for worse.

Surely, allowing the makeup of our doctors’ demographics to reflect the demographics of the talented people in our country is good for everyone. So the equity in representation of the genders in medical school classes is likely a step forward.

That said, I was, quite honestly, saddened and surprised to hear that female doctors earn 27.7% less than their male counterparts (an average of $105,000 less.) This number actually has increased since 2016.

The pay gap, of course, is a serious issue across all industries and physician pay aligns with the pay gap that is seen in other professions. And truthfully, the pay gap for lower-waged workers is probably more significant of a problem for those experiencing it.

But my concern about this pay gap in medicine goes beyond gender equity or salaries. My concern is greater because I believe this persistent — and growing — pay gap is representative of our tendency in medicine to devalue the contributions of some medical providers relative to others.

This instance is especially stark because the job being performed is exactly the same. So we're very obviously undervaluing the contributions of female doctors relative to male doctors.

But we do this across the medical team. We each have such unique contributions to a patient's case. When we refuse to use existing tools to do medical collaboration, we are effectively saying, "my opinion on this case is the only one that is relevant."  When we refuse to ask colleagues to collaborate, when we disregard the perspectives and input of others on the team, or when we neglect to consult on a case, we're devaluing those perspectives and the patient suffers.

Stark data is always a chance to see where we find the same dynamics in our life or practice. So as Women's History Month comes to a close, I hope we can use it as a moment to reflect on how we might value, reward, and listen to all of the voices on the medical team, regardless of gender or title.