Why Developing Countries Beat the US in Medical Technology 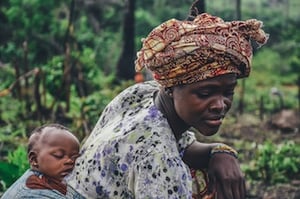 Those of us who live in the US tend to think of our medical system as the most cutting-edge in the world.

And there is a lot of truth to that — medical innovation is certainly an area of strength for us and we can be proud of our contributions.

That said, a recent New York Times article put a spotlight on the ways developing countries can show a special kind of rapid innovation with technology that sometimes leapfrogs our slow, deeply challenged adoption patterns.

Any new technology presented to the US medical community has to beat a gauntlet of obstacles to be adopted. Between regulatory issues, compatibility troubles, concerns about compensation, and political drama, the adoption of any new technology is a minefield.

Sometimes the needs of developing countries make technological adoption quicker and more focused than it would ever be in the US. For instance, a new ultrasound scanner has been invented that can do ultrasounds anywhere in the world, with a device the size of an electric shaver, connected to an iPhone.

As the New York times reports, “Two-thirds of the world’s population gets no imaging at all,” so the allure of an ultrasound wand that can provide even rudimentary imaging is compelling for medical providers and NGOs in developing countries. Many times, the stance is one of finding innovative ways to use technology, rather than having the immediate reaction be one of resistance. Further, experimentation seems to come at less of a perceived cost, as downsides of failures may not be as dramatic in terms of repercussions.

So within a short period of time, providers in Uganda used their new ultrasound wand to scan everyone from babies to nonagenarians. And their approach to using it in service of diagnoses was deeply creative.

My challenge as the founder of a medical technology company is to support US medical providers in approaching innovation in this same way — but of course in combination with all of the advantages that we have in our medical system. How is that possible?  I believe that when providers in the US make an effort to try new technologies as quickly and cheaply as possible, it lends us the type of speed and innovation sometimes only found in a country like Uganda when experimenting with an ultrasound wand. The smaller and faster our experiments are, the less investment we have in every single one succeeding. That's what I'm so passionate about iClickCare as a medical collaboration tool — it doesn't require expensive hardware, even one doctor can start using it on his/her own, and it's so intuitive to use that you can do your first consult within minutes. That means that it's inexpensive and fast for medical providers to experiment with its optimal usage in their unique medical setting — making innovation much faster and more expansive than it is with huge, expensive, and years-to-implement videoconferencing hardware.

We can certainly learn something from the resilience and creativity of other countries — and innovation around medical technology may be one place to start.

Try iClickCare for free, and do your first consult in minutes: