What Intergenerational Housing Has to do With Healthcare Collaboration 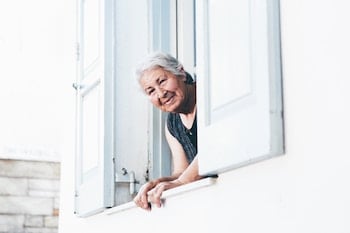 A friend of my daughter’s just bought her first house. It’s a cute little bungalow with room for a garden out front and a chef’s kitchen. Just the right size for a young professional starting out.

It also has an apartment with its own entrance. When pressed, that apartment was actually the selling point for our friend. Her parents are a beloved part of her life and she wanted room for them to be a part of her household, if that made sense for all of them, either because of new babies, needs to share care, or for other reasons.

The New York Times reports that her approach is becoming increasingly common -- but for years, the trend has been in the opposite direction. In 1940, most families had a parent living with them, by 1990, only 20% did. There is good evidence to suggest that the shift has less to do with preferences and more to do with economics -- the advent of Social Security led many older people to choose to live independently, once they were able to afford it.

But now, between 2007 and 2010, the number of shared households has risen more than 11%. Multigenerational households, in particular, are climbing. Many people point out that, although not the norm, these kinds of arrangements are often much better solutions than nuclear families living alone, paying for childcare -- while older relatives struggle to live alone. These solutions often save money for everyone, while allowing people to care for each other in creative ways.

Fascinating, and hopeful-seeming, somehow -- but what does it have to do with medicine?

Well, the connection jumped out at me immediately, actually. Just as our country's families have, in many ways, become isolated, our healthcare providers have also become increasingly isolated over the last several decades, facing the demands of the practice alone. The support of the surgeon's lounge, or a relaxed conversation with a colleauge, are missing from most of our days. Just as many families feel pressure to face the demands of parenting and living alone, healthcare providers become burnt out as they face the productivity demands that ratchet up with each day.

This multigenerational household trend is an initial sign that a new approach may be percolating, as to how we live. Similarly, I believe that there are exciting signs of new approaches in medicine, as well. Telemedicine, especially healthcare collaboration using store-and-forward telemedicine, allows for healthcare providers to begin to connect in the "old ways" but using new tools. These are signs of people connecting in the ways they have always needed to, but using new tools to make it easy and effective.

What's crucial, though, is that we don't use telemedicine to further isolate ourselves. One-on-one videoconferencing and secure text messaging, only serve to isolate medical care to a one-dimensional consult between two parties.

We have the opportunity now to broaden our understanding of who is part of the solution. We have the tools to support dynamic, multilayered conversations and collaboration among many members of the continuum of care. As with multigenerational households, there may be some newness or discomfort as these new ways of doing things come to be -- but ultimately, if we embrace it, we'll all be better off.

Learn more about this kind of telemedicine-supported healthcare collaboration here: