Healthcare Mergers and Consolidations Seem Efficient But May Cost More 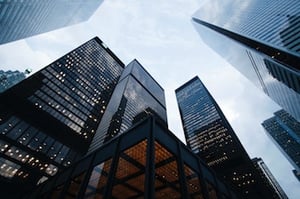 There has certainly been a trend in medicine towards centralization, silo-ization and consolidation.

I think that you can see it best in the reverence many patients have for major hospital systems. When someone has a challenging diagnosis, the first thought is always to find the biggest, most well-known hospital system, and pursue “the best” care, there.

But a systematic study I read last week upended all of that, showing that mergers and consolidations may actually increase costs and prices.

I believe there is also a somewhat superstitious sense within the medical community that small, community-based approaches may be “nice” but that they are inherently less efficient and more costly than consolidated, centralized approaches. When I was in private practice, there was always an underlying understanding that it may be quaint to practice in a small, community-based medical group but that it would be more efficient -- in cost savings to us and price savings to the patient -- to practice within a hospital system instead.

This never sat well with me, even though I could hope for the myriad efficiencies that streamlined communication and thoughtful care were creating. So I was curious to read this study that looked at the effect of hospital mergers 2010-2013 in 25 metropolitan areas.

Overall, the study showed that prices in most areas increased between 11% and 54% for years after the merger, in most areas. And, “prices rise even more steeply when these large hospital systems buy doctors’ groups, according to Richard Scheffler, director of the Petris Center. It's hard to tell from the data whether the price increases come from increased costs or from decreased competition (meaning higher prices due to market distortions.)

Consolidations don't seem to be slowing. And the biggest of the bunch -- for instance Dignity Health and Catholic Health Initiatives, have 139 hospitals in 28 states and are truly staggering in size. As these consolidations happen, prices rise consistently and often, hospital access goes down as patients are forced to travel farther for care.

Truth be told, I don't know enough about the vagaries of incentives or regulations at the macroeconomic level to suggest a solution. But I do think that the phenomena themselves, as described by the study, suggest the value of diversity in our healthcare system.

Bigger and more centralized is not always better. The way to achieve efficiency and scale is by more types of providers working more closely together -- across lines of specialty, training, geography, and time -- not by mergers. Yes, a diverse coalition of the small -- rather than a forcing of everyone to become big -- requires more tools and sophistication. But I believe that healthcare collaboration is a better route to efficiency and access than every hospital becoming a mega-hospital.

To learn more about alternatives to consolidation and mergers, download our Quick Guide to telemedicine: