The Royal Wedding and Healthcare Collaboration 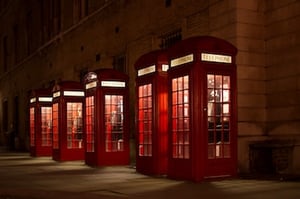 One of challenges, and frankly, frustrations, of what we do at ClickCare is communicating the value of collaboration. The rewards (both emotional and tangible) to providers, patients, and institutions, are profound and meaningful. But to the uninitiated, healthcare collaboration can seem idealistic and impractical.

Collaboration is given lip service (Chronic Care Management CPT code XXXXX) but not truly cultivated or supported. It is not taught in medical schools, as there is such a competition for time in a curriculum. It seems to be taught better in nursing schools, but the experienced nurses are known for “eating their own”.  Pharmacy schools rarely produce graduates with a true intent on fitting into a team, and when they do, it's despite their training, not because of it.

Because of this conventional bias against healthcare collaboration, it takes true leaders (whether those leaders are aides or specialists or nurses or patients) to foment it. True leadership doesn't have to be sanctioned by an institution or lauded in a newspaper -- sometimes it's just simple acts of asking a question of a colleague or taking a moment to try something new. But true leadership does tend to take courage -- and it can give us courage to see other leaders, acting bravely.

So, when I find an example of leadership, I feel it should be acknowledged, celebrated, and learned from -- even if from an unlikely source.

I'll be honest -- I wasn't planning to wake up early to watch the royal wedding. Like many Americans, I often feel conflicted about the Royals -- and (not being very interested in fashion) wouldn't expect to find much of significance in such a seemingly frivolous event.

But I ended up watching it from start to finish, finding myself drawn into the tradition, the ceremony, and the powerful lessons of both collaboration and leadership that made themselves known in subtle, but deeply significant, ways.

A few leadership and healthcare collaboration lessons I learned from watching the royal wedding:

Will this event actually be remembered and change something, as the new couple wishes? Maybe or maybe not. But I do believe that in its example, this event gave us a shining example of a way forward. We need to respect each other; we need to find a greater cause in our duty; we need to compromise; and we need to be steadfast in our choices.

Many felt joy in watching the royal wedding on Saturday. And I believe that joy is something each of us can access daily (even hourly) in our everyday choices about leadership and about collaboration.