The Best Way to Help Young Patients? Get Them Back to Playing Faster 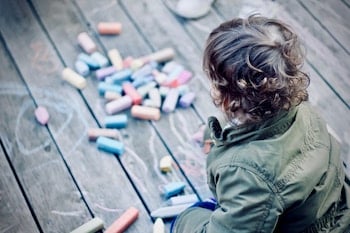 As you probably know, our cofounder is a pediatrician.

As someone who has treated children across socioeconomic groups for decades, she found that having a playhouse in the waiting room created a sense of normalcy, fun, and respect for the children she saw. She found that patients looked forward to their visits, since they could play in the playhouse -- and parents had a few unexpected moments of respite.

Of course, that was just one detail out of thousands as to how she cares for children in ways that are deeply effective and respectful of who they are as children -- but it highlights the ways that play are important in medicine.

Perhaps it’s eye-rollingly obvious, then, that the American Academy of Pediatrics would release a statement affirming the role of play in children’s lives. Perhaps their suggestion that doctors need to write a “prescription for play” is a good one.

But I also wonder whether, as healthcare providers, we should think less about prescribing play to parents who are already likely doing the best they can. And we should think more about how we, and the medical system, can get out of the way so that our patients can get back to play and learning.

Children have important work to do — learning and playing being two big parts of it. And one part of the tragedy of sickness — and the hospital stays, doctors' visits and long car rides that accompany it — is that children are removed from that important work of play. If play is so important, it’s crucial for our pediatric patients that we limit time in the hospital so they can spend more time “doing the work of childhood”

Sometimes the simplest solution is the most effective. In fact, I was reminded of this story of a terminally ill 2-year-old who loves Christmas. Realizing that he wasn't going to live until December 25th, his parents decided to recreate Christmas early that year. His neighbors, hearing the idea, decided to join suit. So the little boy's neighborhood became filled with lights, decorations, good cheer, gifts, and even a Christmas parade, even though it's only September.

To me, allowing children to get back to play means different things in different situations -- sometimes a playhouse; sometimes a neighborhood teaming up for Christmas. But most of the time, in a medical setting, it means that we are doing care coordination and healthcare collaboration effectively enough that our young patients are spending less time in the doctor's office, waiting room, car-ride, and hospital. That means coordinating care so they can be released from the hospital 6 hours sooner. It means a team approach to care so that they're not bouncing from doctor's visit to doctor's visit with no resolution. It means using telemedicine to get a consult so that the child doesn't need to leave school to see yet another specialist. It means school-based health centers (linked to specialists by telemedicine) so that kids can get healthcare during the school day.

Our view as providers must be broad enough to include an understanding of care that isn't simply about curing disease -- but about cultivating health in our patients (young and old). And that starts with getting patients back to their lives as quickly as possible.

For stories of how medical collaboration can work in the real world, download our Quick Guide: