Surprising Research on Whether Medical Collaboration is Natural -- or is Selfishness? 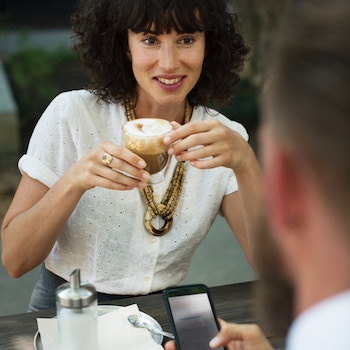 We started ClickCare as a “passion project.”

Cheryl, our cofounder and a pediatrician was the doctor responsible for several public elementary schools in the urban parts of Binghamton. She found that with a busy practice, she couldn’t possibly get to the schools for the School-Based Health program as she much as she wanted to.

So she started a simple telemedicine program to collaborate with the nurse practitioners in the schools. They found that by collaborating using words, photos, and videos, they were able to keep kids’ parents at work, kids in school, and nip health issues in the bud. It was the birth of ClickCare. And it was deeply satisfying to collaborate and make improvements for everyone involved.

So as ClickCare has grown and evolved, we’ve been shocked to find that some people say healthcare providers just don’t have the right temperament to collaborate.

“That’s nice,” some say, “But healthcare providers are lone wolves, and they won’t do medical collaboration unless they absolutely have to, unless there is a carrot or a stick.”

This perspective has never sat right with us, but we didn’t have concrete evidence for why this view was wrong. All we had were our wonderful colleagues and customers who use iClickCare to collaborate and provide better care, day after day.

Yesterday, though, I read something that provided that evidence. In the book, The Book of Joy by the Dalai Lama and Archbishop Desmond Tutu (with Douglas Abrams), cutting edge neuroscience is presented about human beings’ capacity for things like joy, compassion, and generosity.

John Bargh, a social psychologist at Yale University and one of the world’s foremost experts on the unconscious says that human beings have three primary innate, unconscious goals: to survive, to reproduce, and to cooperate.

I’ll emphasize that again: on par with our innate drive to survive and to reproduce is a drive to cooperate with other people, to collaborate.

In fact, Bargh says that in lab experiments “where eighteen-month-old children were shown dolls facing each other, they were more cooperative than those who were shown dolls who were facing away from each other.” Bargh clarifies that cooperation is a deep evolutionary drive but that it can be turned, on or turned off, based on our environment.

Which, to me, begs the question: now that we understand that we are innately cooperative and collaborative, how might we make our medical environments — in training and in work — support that evolutionary instinct to collaborate?

Can we provide simple tools, like iClickCare, so professionals don't have to "schedule in" medical collaboration?  Can we make collaboration a part of medical school?  Can we start to make the connections between outcomes and collaboration?