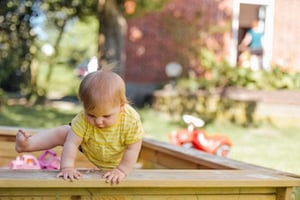 By the end of their career, nearly half of all doctors will be sued.

Any suit is gut-wrenching for a doctor. It means that not only was there an undesired patient outcome, but the relationship with the patient has broken down to such an extent, that a lawsuit has become the chosen path forward.

That said, medical malpractice lawsuits involving children are especially disturbing and concerning. No doctor wants a child to have less than perfect care — and the litigation process itself can be deeply painful for all involved. So I was really interested to notice a recent study that seems to point to a commonsense way of decreasing your risk of being involved in a malpractice suit involving a child.

A recent study, by The Doctors Company, looked at 1,215 malpractice claims filed on behalf of pediatric patients, from 2008 through 2017. These claims spanned 52 specialities and subspecialties.

What’s fascinating isn’t so much the claims themselves, but rather the root causes, allegations, and factors of the malpractice suits. Many of the most common factors in the lawsuits actually boil down to poor communication and poor medical collaboration among providers.

3 crucial highlights of the medical malpractice study that boil down to bad medical collaboration:

Learn more about how easy and fast medical collaboration can be: