Looking to the Future of Medicine: Machine Learning, Telemedicine, and iClickCare 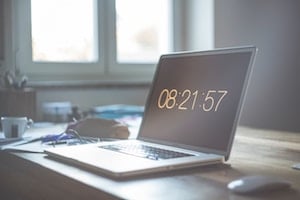 We’ve heard key investors say that the biggest startups over the next 10 years will be those that follow the model, “machine learning + _____________.” In other words, the future’s biggest companies will be innovating at the intersection of computer’s intelligence and human reality and wisdom.

Similarly, many people who look to the future of medicine see healthcare being increasingly supported — perhaps in profound or even dominant ways by computer diagnosis.

iClickCare, of course, is medicine supported by technology, also. And a big part of our work is finding the right balance and interaction between people and the technology. Our interface is meant to minimize the feel of using technology while maximizing the “behind the scenes” work that the technology is doing to support the collaboration and coordination. It’s sophisticated, patent pending technology that feels deeply simple to the healthcare providers that use it to collaborate.

This week, we were both saddened and inspired to hear about the recent passing of Catherine Wolf, a scientist who focused her work on the interactions between computers and humans. She was a forerunner in her field, working at IBM’s Thomas J. Watson Research Center and helping develop voice-recognition systems as well as early “picture phones” and cellphones.

She also was diagnosed with ALS 22 years ago, giving her firsthand experience of using computers to communicate when her mobility was limited to an eyebrow raise. She continued to work, innovate, and to write, learning to use technology as adaptations to allow her to continue to thrive.

Her story reminds us of the profound potential of the “collaboration” between humans and computers. We’re reminded of how much we’ve progressed in the last few decades and we imagine how much more potential there is.

We’re inspired by the potential for deeper humanity, creativity, and contribution, as exemplified both by Wolf’s work as well as her life.

For an in-depth look at why we choose the technology we did for iClickCare, and how it "gets out of the way" of the people using it, download our free Quick Guide: