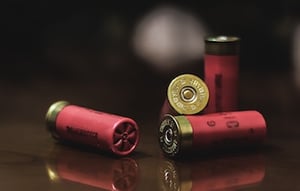 After declining steadily through the early 2010s, gun violence has been rising in the US. Mass shootings, while a very small percentage of total gun deaths, have also risen significantly in the past few years — thus the reason that it feels like we hear about a new shooting every week. Of course, the overall numerical significance of gun deaths may not be as sizable as other causes of death -- but gun deaths remain a killer in our country.

For these reasons, gun violence is sometimes seen as a public health issue. Although not an “unpreventable biological disease,” it is a killer and a factor in the well-being of our citizens. Similar to the opioid epidemic, gun deaths have social, public health, political, and behavioral dimensions. So it makes sense that doctors may have perspectives and concerns about gun violence, especially trauma or ER doctors who are literally on the front lines of battling to save patients who have suffered from a gunshot wound. (That said, the overall deaths from gun violence each year are tiny compared to many other public health problems.)

But a recent kerfuffle highlighted how difficult this topic can be to broach.

As is highlighted in a recent New York Times article, Bronx doctor, Dr. Marianne Haughey was outraged when the National Rifle Associated tweeted: "Someone should tell self-important anti-gun doctors to stay in their lane.”

She replied, "I have cared for victims of gun violence for the past 25 years. THAT must be MY lane."

The politics and practicalities of gun control and mitigation of gun violence are beyond my sphere of expertise. And the analysis of the relative significance of gun deaths relative to other causes of death is a matter of real research to understand -- not something to address flippantly or scandalize.

But regardless of those more specific questions, for me, the conversation brought up an important question -- what does it mean for a doctor to "stay in their lane"?

What is our lane as doctors, generally, and as individual doctors?

The answers to these questions have evolved for physicians and healthcare providers over time. And the truth is that there are no right answers. There do have to be boundaries to our sphere of influence as doctors -- both to remain within our expertise and to maintain sanity and efficiency.

But I think that as a healthcare culture, we've drawn our "lane lines" too narrowly. I do believe that doctors have an important voice when it comes to questions of gun violence. I do believe that surgeons have a responsibility to care for patients long after the surgery is complete. And I believe that medical collaboration is a bare minimum requirement for adequate care.