Big Investments in Telemedicine Have Risks and Rewards 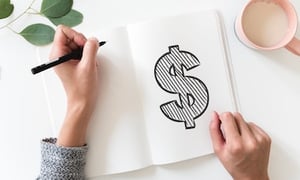 Many people, and most hospitals, identify money as the “missing piece” for the many projects they want to take on.

You would do that kitchen renovation, were it not for lack of funds. Your organization may add that new patient wing, but only if the fundraising goes as planned.

For decades, telemedicine — and digital health more broadly — existed in a very similar way. The field tended to feel resource-constrained and undervalued societally. There was so much we wanted to do, if only there were the money for it.

Recently, it has looked like that is changing — but is it for the benefit of medicine as a whole or not?

Looking at the business side of our arena, it seems as if investors are catching on to the potential. Rock Health has released a new report showing that “Investors sunk $3.4 billion into digital health companies during the first six months of 2018, nearly matching the record-setting $3.5 billion during the first half of 2017.”  Investors are investing more total, and more in each deal — the average deal size is currently $17.9 million.

Mostly, I think, this is a very positive development. Telemedicine has lagged behind so many areas of investment. And the truth is that investments in this kind of technology and workflow often have incredible benefits, financially, medically and socially.

Further, it looks as if this investment may be more considered than impulsive, with repeat investors leading the way. “Rock Health analysts noted that there have been more repeat digital health investors than new ones since 2016, a sign that the field is attracting experienced firms with long-term goals rather than 'tourists' attracted to the hype of the digital health industry.”

All of that said, I do think that intensive investment carries its risks. The cycle of invent, test, traction and sell can lead to a pace of growth that may not be sustainable. Is there a place for responsibility, measured growth, and stability? Excessive investment, poorly considered, at too fast a pace, usually only benefits a few -- and then only in a limited way. (We can all think of the example of the disillusioned startup founder with limitless wealth but deep dissatisfaction.)

Digital health may be a trendy field, but ultimately, it all boils down to a single patient, talking to a single person caring for him or her, and each of them working together to pursue the messy art of health. This isn't a process that can be rushed, forced, or even "optimized" in many cases.

Ultimately, I think that both the risks and the rewards of this kind of investment can be instructive to healthcare providers and hospital systems. Investors have sophisticated vetting mechanisms and the fact that money is pouring into this space, is important information that may indicate where hospital systems should invest too. That said, just as nationwide investment should allow for reflection, organic growth, and ethical considerations -- I believe that investment at the organization level should allow for these "slower" considerations too. As long as patient care improvement, and not resistance to change, leads the way

To learn more about one of the most important sectors of digital health, download our Quick Guide to Hybrid Store-and-Forward Telemedicine: