Believe It or Not, There is a Human Behind Every Part of the Healthcare System 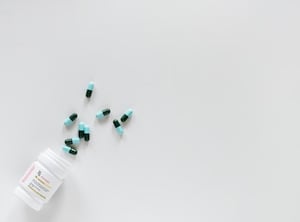 My daughter has a particular pet peeve. She’s noticed that in so many movies, when there is a doctor in the story line, he or she (usually he) tends to be arrogant, insensitive, and uncaring — in so many ways, inhuman.

As doctors ourselves, we tend to see our colleagues — whether doctors, nurses, or aides — as very much human because we know them and interact with them every day. But it’s easy to see insurance carriers or drug companies or other parts of the healthcare system as faceless monsters that make our patients’ lives difficult.

Which is why I was really interested to read a series of articles that turned all of that on its head, and definitely warmed my heart.

A couple of weeks ago, Gina Kolata wrote an article in the New York Times about the new class of drugs, PCSK9 inhibitors, that slash cholesterol levels for patients that aren’t seeing results on statins, or with diet or exercise, but have serious risk of early heart attack or stroke.

She told the story of the hyper-expensive drugs, the $14,000 price tag that the drug manufacturers have set, and the insurance carriers that create a byzantine maze for any patients trying to access the drug.

It’s a well-known story — evil drug companies and evil insurers make it impossible for patients to access the care they need. When I read it, I didn’t think much of it.

Then, about a week later, another story came out.  In this one, the New York times reporter tells a story that pretty much upends all of my assumptions about the players in the story.

The evening her story was published, the founders of Regeneron — the manufacturer of the PCSK9 inhibitors — emailed her.  Dr. George D. Yancopoulos and Dr. Leonard S. Schleifer wrote:

“If you can, please put Mackenzie and Rodney in touch with us, and we will try and help them get covered, or we can arrange to give them the drug for free… While we can’t give everyone free drugs, we can help Mackenzie and Rodney, especially as they had the courage to step forward and share their experiences.”

He then gave his personal phone number and asked the journalist to give it to the patients in the story, “explaining that he can be slow answering emails.”

In her story detailing her conversations with Dr. Yancopoulos, Kolata told the story of Regeneron. It was founded by the two doctors in 1988. 20 years after that, Regeneron got its first drug approved. 5 years after that, they made a profit. 25 years of a business isn’t exactly a “get rich quick” scheme. The total cost to develop the drug was $1.6 billion and last year they made just $195 million (a tiny fraction of the total investment.) In reading the article, it's clear that Dr. Yancopoulos has battled for decades to create a drug that he truly believes will save lives -- and that his heart is very much invested in making sure people have access to it.

Certainly, it's great that these two patients got access to the drug -- although that doesn't change the challenges that most patients will encounter in obtaining it. That said, it's a fascinating article and shows that even the most "inhuman" elements of the healthcare system -- for instance, drug manufacturers -- may have real people behind them who are doing their best to chart a course forward in a challenging system.

The truth is that none of us are as smart as all of us, working together, are. (We say that a lot.) And for us all to work together, we must continue to see everyone in the healthcare system as human.