As Medicine Changes, Our Collaborators Do, Too 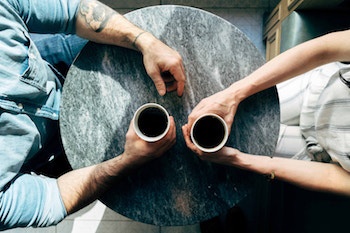 Let me share with you three things that happened in the field of medicine recently, none of which seem to have any relationship or connection to the others.

All three situations are surprising and interesting, for sure. At face value, though, the three things seem to have nothing in common, and they seem to be little more than novelties in the seriousness and rush of our days.

The commonality is clear to me, however. These are small harbingers of the changes that are coming (well, already arrived) in medicine.

100 years ago, all doctors were men, all nurses were women, there were no computers that aided (or hindered) our practice, and medicine was quite narrowly defined.

Today, wise providers know that the scope of collaborators we have in medicine, as well as the gender and other identity markers of those collaborators, is changing. Home health aides are a crucial part of the team, despite their "lower" place in the medical hierarchy. We expect surgeons to be men or women. In my Craniofacial Team -- an interdisciplinary group which collaborated on complex cases like cleft palate -- teachers are as important a part of the medical team as the surgeon, since both impact and are impacted by the surgeries. “Alternative” health providers, like acupuncturists and herbalists are key to many patients' care. Artificial intelligence and the role of computers in diagnosis, prognosis, and even treatment are here to stay. We've come to rely upon a variety of technologies to support our medical practice -- from iClickCare to EMRs to computer-assisted radiology.

To state the obvious, I’m not saying that computers, cats, and male nurses all belong in the same category. But I am saying that as things change, medicine will benefit from changing our ideas as to who our collaborators are. In fact, the future of medicine depends on us redefining who is important and in what roles.

As these changes happen, we will benefit from creating workflows and systems and using technologies that will support changes, rather than butt up against them. That's why we think it's so crucial to use a medical collaboration tool that allows the flexibliity of collaborators of all kinds, that allows asynchronous collaboration, and that isn't entirely dependent on a specific platform or EMR.

If you're ready to collaborate in new ways, try iClickCare for free: