5 Things John McCain Taught us About Courage and Medicine 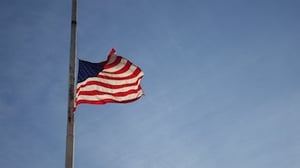 As you undoubtedly know, Senator John McCain died last weekend at his home in Arizona.

While he wasn't a healthcare provider, and while we certainly weren't in agreement with every political stance he took, we found his life and principles an inspiring example of leadership and courage. In these challenge years in the medical system, that example of courage feels more relevant than ever for our lives as healthcare providers.

Son of military parents himself, a young John McCain moved frequently as a child -- attending more than 20 schools in his childhood. He went to the United States Naval Academy in Annapolis, Maryland but generally resisted conformity and showed an intense streak of independence and irreverence. It seems that his youthful adventuring became more focused and purpose-driven as he racked up years in the Navy. He flew 23 missions in Vietnam.

Then, perhaps the most famous episode of his life occurred. As a Navy lieutenant commander pilot, he was shot down over Vietnam and endured 5 and a half years of captivity, torture, starvation, and manipulation.

Of course, he went on to serve two terms in the House of Representatives and six terms in the Senate. And then this past weekend, he died from the glioblastoma he had been receiving treatment for since 2017.

5 Things John McCain Taught Us About Courage and Medicine:

Just as Mr. McCain spoke to President Obama's character in a high-pressure situation in the campaign, Mr. Obama released a statement on Saturday saying, "Few of us have been tested the way John once was, or required to show the kind of courage that he did. But all of us can aspire to the courage to put the greater good above our own. At John’s best, he showed us what that means.”

Just one more piece of evidence that courage and integrity breeds more courage and more integrity. A reminder that everyone in medicine can use. And as ever, McCain doesn't let us off the hook. As he said in 1993, “My time is slipping by. Yours is fast approaching. You will know where your duty lies. You will know.”