3 Things We Learned About Telemedicine from the Hippocratic Oath 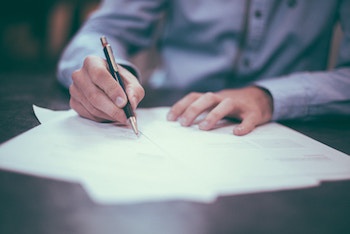 The pace at which medicine is changing makes your head spin.

When you consider that the first surgery under anesthesia was performed only 150 years ago, it’s shocking what competencies we have developed as a profession over that time.

But the truth is that the core nature of what we do has remained the same for thousands of years. The specifics, and technology, and lived reality has evolved dramatically, but the ethos, heart, soul, and discipline of the work is continuing.

I was especially struck by the reality of this “through line” of the continuity of medicine as I began to dig into the history of the Hippocratic Oath.

As you undoubtedly know, The Hippocratic Oath was written in the fourth or fifth century BC.  As Wikipedia says, “The Oath is the earliest expression of medical ethics in the Western world, establishing several principles of medical ethics which remain of paramount significance today. These include the principles of medical confidentiality and non-maleficence. Although the ancient text is only of historic and symbolic value, swearing a modified form of the Oath remains a rite of passage for medical graduates in many countries.”

I’m fascinated both by the lasting nature of the Oath as well as by how it has evolved. It’s amazing that such an old document and set of concepts has stood the test of time for so long. (Although perhaps it could be said that many of our most foundational principles and books have lasted as long or longer.)

The oath has evolved, as well. The version that is in use at many medical schools today was a version rewritten by Dr. Louis Lasagna, Academic Dean of the School of Medicine at Tufts University. The wording is different, but the spirit and even the content is ultimately almost identical.

Dr. Lasagna’s oath highlighted for us three aspects of the vow that really underlie what we do at ClickCare, and, interestingly, are the core of what telemedicine and healthcare collaboration are all about:

We're proud to be part of the lineage of doctors from Hippocrates to today. And we honor the continuation of that legacy, with the insights and tools that our contemporaries, like Dr. Lasagna, are contributing.